The first of three films looking at the history, culture and life of Greater India. 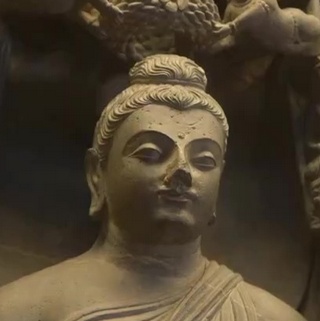 This is the first of three films under the rubric Treasures of the Indus in which art historian Sona Datta presents a very interesting look at various aspects of the history, culture and life of Greater India from ancient times up to the present.

In the first film Sona goes to Pakistan to show what a rich cultural heritage it has, and begins by looking at the cradle of Indian civilisation in the Indus Valley civilisation which stood for around 1,000 years up to roughly 1700 BCE.

The main segment of the film is concerned with the rise of Buddhism in the Gandhāra area, and the flourishing it underwent when Greek culture met Indian ideas. She looks here particularly at Taxila, both in the form of preserved monuments, and in museum pieces.

She travels around the country to see more examples of Buddhist monasteries, and discusses its influence, and how Gandhāra stood as the bridge between India and China, which is where the religion eventually developed.

In the last section of the film she looks at the rise of Islam from the beginning of the second millennium, and at some of the courts, arts and culture from that period. She speaks at length about the wife of Jahangir, Nur Jahan, and the power she wielded as his queen.

The title Pakistan Unveiled is very deliberate as she means to show how Pakistani history has almost been forgotten, at least in recent times, and she intends to pull the veil back and show how great civilisations rose and fell on this country. It also indicates that women, who are now veiled off from society, once had great power in the land.

Unfortunately the embed cuts off somewhat before the end, if I find a more complete version I will update later. It is only the first film that concerns us really, so the other two I will link to here: The Other Side of the Taj Mahal, Of Gods and Men. They are worth seeing, but outside the scope of this collection.


Donations can also be sent in Litecoin to the following address: LQZ9fVHF3wL6ihwEUcRFiCpcD7f2dfd3Kp