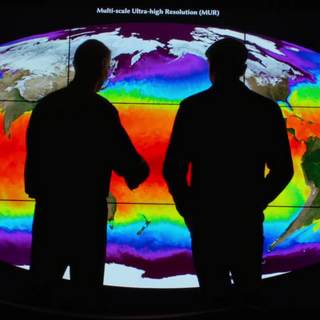 A film looking at the crisis in climate change, how it is affecting communities now, and what is being done to head it off.

This is a new film by National Geographic, which they have released on their youtube channel to help get the message across: climate change is happening and the results are already visible around the world.

The film is introduced by the UN Ambassador on Climate Change, Leonardo DiCaprio, and we follow him on journeys to many continents, and to meet with many people, as he tries to explain where we are at present with the situation.

In the USA there is large fossil fuel funding for disinformation, and this is hampering the most important moves towards renewable resources, but as far as I know it is really confined to big business, and those fooled by them, in the USA.

Elsewhere scientists, governments and religious leaders are leading the call for a transition, and warning of the dangers: lack of resources, flooding, droughts, climate-refugees and further political instability.

Leonardo shares his personal story, and also meets with presidents, popes and leading scientists in an effort to show how wide the consensus is by now, and what practical moves are being taken to ward off the crisis.


Donations can also be sent in Litecoin to the following address: LQZ9fVHF3wL6ihwEUcRFiCpcD7f2dfd3Kp