Skip to content
A film about the culture, history and religions of Vietnam, with special emphasis on Buddhism and Thich Nhat Hanh. 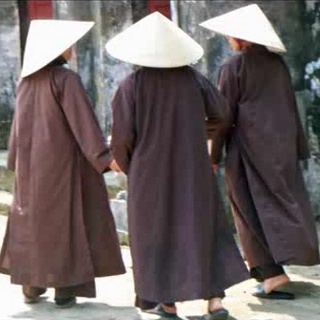 This is a very informative review of Vietnam, its history and culture, and in the second half a look at the fortunes of Buddhism in the country, culminating with Thich Nhat Hanh’s returns to the country in 2005 and 2007 to lead cermonies of reconcilation for the dead.

The film is without spoken narration, and relies heavily on written slides and photographs to tell its story, but there are also music, and readings, and chantings as well in the soundtrack.

The film first gives general information about Vietnam as it stands at the present day, reviewing cultural matters, and even such things as food and work. It then moves on to history, and finally to religion.

It gives a good and balanced overview of all aspects of Vietnamese life, but with special emphasis on Buddhism near the end, and particularly on Thich Nhat Hanh. Although there are no credits given at the end of the film I gather from this, that it has probably been made by some of his disciples.