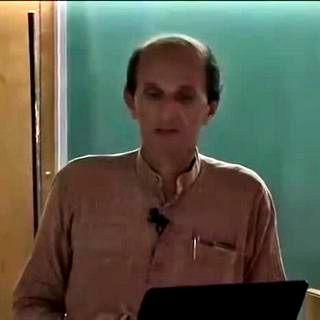 The third in a series of lectures on Ancient Indian history, and modern theories of the development of its civilisation.

This is the third of a series of lectures given by the French-Indian historian Michel Danino covering recent findings in ancient Indian history that I am showing presently.

The Buddha’s teaching did not, of course, arise in a vacuum, but came within the development of a culture that had already had 1,000s of years of progress and change, and, because of that, to understand the teaching properly, it is important to know the background.

In this lecture, Danino looks at the development of civilisation in the Ganga-Vindhya area from the earliest times up and till the Asokan times, which takes in the rise of the Buddhist civilisation.

Recent findings have shown that the area was populated much earlier than previously understood, and many developments, like ironwork can now be dated to long before the rise of the cities and proto-states in the region.

This lecture is of more direct interest to Buddhists as it covers the background cultures against which Buddhist developed, and speaks a lot particularly about the material culture in the region at the time.