A short visit to one of Tibet’s most important monasteries and a recount of its history. 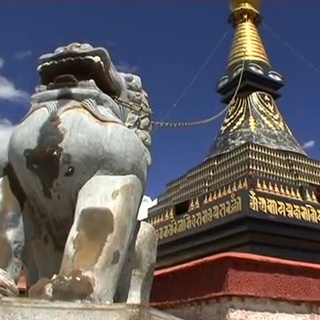 This is from a series of films by Global Television shot all over world, giving well photographed introductions to various places, of which we will be focusing on the ones of interest to Buddhists.

The films are quite light introductions to their subjects, mainly good photography, well chosen soundtracks, and a reasonable, but sometimes inaccurate, narration giving a cultural and historical introduction to its subject.

This week the team visit Samye Gamba, the first Buddhist monastery in Tibet which is situated about 120km south-east of Lhasa, and is one of the most important monasteries in the country.

The monastery has had a chequered hisotry, being founded in the eighth century and being continually inhabited since that time, although the sect in charge has changed several times.

It features a mandala-type architectural plan, and fine chortans in the four directions, as well as important paintings and statues from generations of artists and craftsmen.