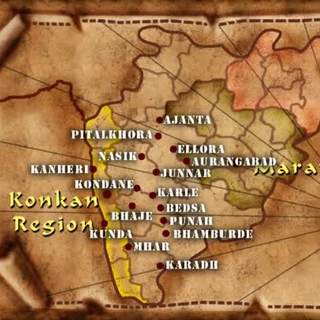 A look at the some of the cave temples in Maharasthra, which are amongst the greatest of the Buddhist remains in India.

This is the third in a series of films from India, which this time provides an interesting guide to some of the main cave temples in Maharasthra.

The state is famous for the caves at Ajanta and Ellora, which are indeed covered in this documentary, but also has many other sites well worth visiting in the area, if you are prepared to get off the beaten track.

The film covers the some of the oldest cave dwellings at Pitalkhora, which also has some ancient paintings, Ajanta, with its famous murals, Ellora, a shared site with Jainas and Hindus, Kanheri, one of the more extensive sites, Karle and Bhaje.

This by no means covers all the sites, which would not be possible really in such a short film, but it does highlight the fact that are many places in Maharasthra that are worth visiting, and are probably less touristy too.

Some of these places will be covered again coming weeks, but in greater detail, so this just gives an outline and context to the wonderful remains that are still found in India.

4 thoughts on “Buddhist Footprints in Maharashtra”