Skip to content
The third in a series of films about Buddhism looks at the rock cut caves of western India. 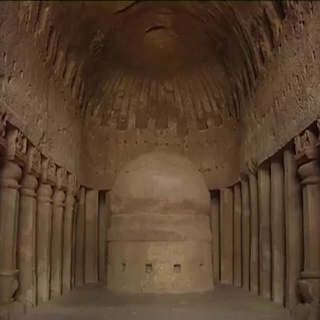 This is the third part of a series of short films about Buddhism and especially its artistic and cultural contributions in India and surrounding countries by the renowned Indian cultural historian Benoy H. Behl, whose films I have featured many times on this website.

Today’s episode visits the rock cut caves of western India, mainly in Maharasthra, and discusses the magnificent reliefs, sculpture and art that is found therein.

This film is particularly moving for me because I had the good fortune to visit most of these caves in 2016, and posted a large collection of high-definition photographs from the various caves.

It is very interesting to hear Benoy’s assessment and to look again at the caves from his perspective as a keen aesthete and cultural historian, and we can learn much from this short video about the development of Buddhist art and ideals in ancient times.

1 thought on “The Story of Buddhism 03, The Journey Within”