Skip to content
The third of five films from NHK about the western end of the Silk Road, this one looks at Kyrgyzstan and Uzbekistan. 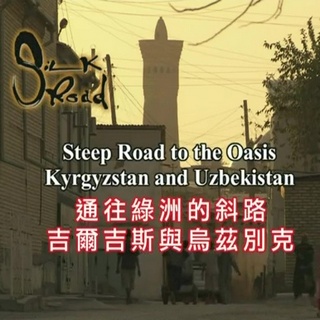 I have previously shown 16 episodes from NHK’s famed Silk Road Series, which began as a adventurous project in 1980 and produced 12 episodes in the 1st series, and 18 episodes in the second.

The other 14 episodes were not available online at that time, and I have since learned that NHK in the early 2000s continued with a 3rd (10 episodes, unavailable at present) and 4th series (5 episodes), making 45 episodes in all.

The 3rd film in the series looks at two previous Soviet Republics, which are now nations in their own right: Kyrgyzstan and Uzbekistan, which have developed since their independence in almost opposite ways.

We begin in Kyrgyzstan, which followed a course of free trade and open markets, particularly with China, and this has seen an influx of cheap Chinese goods, which has put a lot of local workers out of business.

The more enterprising, however, have turned to taking part in the new business, and we see a lorry driver, who earns 3x the amount he could as a labourer; and also merchants who have opened shops in order to sell the goods as they flood in.

On the other hand Uzbekistan maintained a command economy, and we see workers who are moved from their normal jobs for one month every year to go and bring in the cotton harvest, they have no choice as the government demands it.

We also see the diminishing Jewish community in Bukhara, who have lived happily inside a Muslim community for centuries, but who are now emigrating back to Israel, as their prospects in their home country lessen.

The third of five films from NHK about the western end of the Silk Road, this was looks at the southern Caucasus.