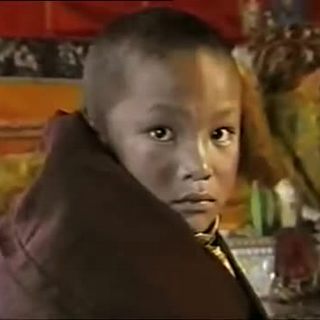 A look at the politics behind the succession to the Dalai Lama as spiritual leader of the Tibetan people.

This is an independent report by Eric Campbell made around 6 years ago into the politics behind the succession of the Dalai Lama.

China has sought to control the Tibetan people by controlling their spiritual leaders, this is why when the Dalai Lama identified the reincarnated Panchen Lama in 1995 the Chinese authorities immediately took the boy off.

That boy and his Mother haven’t been seen since, and his position has been given over to a more pliable young man, whom the authorities control.

One of the interesting things about this is that the two leaders belong to opposing sects, the yellow hats and the black hats, who have often been at odds with each other, but it is clear that the Karmapa is being mentored by the Dalai Lama.

Although he is not mentioned in this report there is also a rival Karmapa, who is not recognised by the Dalai Lama, but is treated as the true reincarnation by his supporters.

Another matter not mentioned here, which may not have been promulgated at the time, is that the Chinese authorities have banned Lamas from reincarnating without Governmental permission, one of the most bizarre promulgations from an atheistic state ever set forth.

They will hope of course to divide the Tibetan peoples by doing this, but whether they will succeed is not clear.

Meanwhile in this film we get a glimpse at some of the complex politics involved in the succession, and a look at the prospects.


Donations in Litecoin can be sent to:
LYKDTrBf4pmew2ypNmjmJjC4JAod3M5m8h