Skip to content
A short film about the meeting and interchanges between Tibetan Buddhism and western culture. 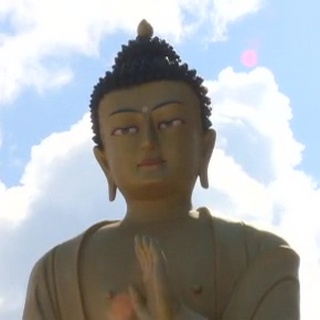 There is an oft quoted verse known in Tibetan Buddhism that says: “When the iron bird flies and horses run on wheels the Dharma will come to the land of the red faces.” This is many times taken to be a prophecy of the coming of Tibetan Buddhism to the west (although there is good reason to believe the prophecy is a misinterpretation, and that the land of red faces really means Tibet, but that is another matter).

This film, which takes its title from the verse is about the meeting of Tibetan Buddhism and western culture, particularly in the US, and what have been the various influences that each have brought to this new transformation of the teaching.

The film is organised around the Four Noble Truths, with interviews, often cut together to form a patchwork statement, on how these truths have played out in peoples’ lives. We hear not only from western students themselves, but also from Tibetan teachers, and westerners teaching in the same tradition.

Rather an impressionistic short film made in 2011 as a work-in-progress, at the end it promises to update as it goes along, but I have been unable to find out if that has been achieved elsewhere. Well worth seeing as a good reflection on the state of play as Buddhism is seen as more and more relevant as life in the west is showing every sign of impermanence.


Donations in Litecoin can be sent to:
LQZ9fVHF3wL6ihwEUcRFiCpcD7f2dfd3Kp